Washizu Sensei initially began his study of budo at the age of 15 when he joined the high school Judo club. He became sickly in his late teens and a as a way to regain his strength and health he decided to enter the legendary dojo of Mochizuki Sensei, the Yoseikan Honbu dojo in Shizuoka, Japan and pursue his dream of becoming a budo teacher.

Demonstrating an aptitude and talent early on, he was often called upon by Mochizuki Sensei to have techniques demonstrated on him and played a fundamental role in the formation and creation of many of the techniques in the Yoseikan curriculum under the supervision of his teacher.

The Gyokushin Ryu was formed as an expression of 40 years of training and assisting Mochizuki Sensei and at its core, specialises in “Sutemi waza” or sacrifice throws. The meaning of Gyokushin Ryu is “Spherical spirit” and refers to the fact that no matter how a ball moves, its centre of gravity always remains the same.

Grandmaster Washizu holds ranks in the styles listed below and continues to teach Gyokushin Ryu at international conferences.

Further information regarding the style can be found here: http://www.fagri-igraf.org/ 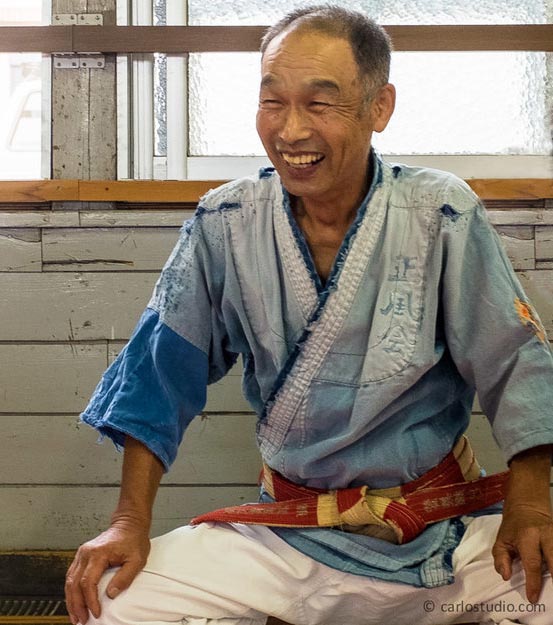